At the end of summer term the academic calendar segues into conference season. First was the ECE 6th Conference at the Martin Prosperity Institute (MPI), University of Toronto from 18-21st June. A highly stimulating yet exhausting programme ran from 8.30am till we had finished up to 7 courses of our dinners (around 9.30pm, depending on stamina). The conference was designed as a way to bring early career academics together from around the world in a process of field-rebuilding on the creative economy.  Generosity of funding by MPI enabled early career academics with limited or non-existent research budgets to attend – although Canadian immigration prevented two of the speakers joining us in person (Ammar Palik, Pakistan, and Andrés Goméz-Liévano, Colombia).

Richard Florida gave his time to meet one-on-one with each of the participants as part of a game in academic speed-dating. He also led a discussion on revisiting the creative class where he rightfully noted that 100s of trillions is invested in urban spending and urban practice therefore focus needs to be concentrated on how spending is translated into pragmatic strategy. Casinos, stadiums and bike lanes are not, of course, the simple solution. Issues of inequality and disadvantaged communities in urban space were discussed in the session and throughout the conference, with common agreement that the pay and conditions for the service sector were unacceptable. A set of fascinating papers ensued. In particular I was impressed by the potential of Dr Xingiian Liu’s data visualisations which showed how creative cities are networked in terms of level of workers and interdependence.

The next week it was onto a very different but interesting conference Artscapes: Urban Art and the Public at the University of Kent, 27-28th June. As an example of where site-specificity falls down, Dr Rob Knifton discussed David Mach’s Polaris (1983) which was set on fire by a protester on Southbank who suffered fatal burns. The paper recalled the type of intense public participation, and ‘radical decommissioning’, that artist Simon Pope articulates in the burning of Raymond Mason’s Forward in Birmingham City Centre in 2003 (see my artist talk with Simon here). Of particular note was an excellent keynote talk by Dr Jonathan Vickery which read Jochen Gerz’s 2-3 Strassen in relation to creative cities literature.  Vickery’s consideration of how culture in public space has to map itself onto broad objectives of governance and government usefully brought together the strands of thinking from both conferences which feed into our governance work. Exploring culture as a function of policy is one of our lines of thinking, and, taking a multi-level approach, in the next academic year we will be working with communities to learn more about how they connect into cultural and creative practice. More on this soon. 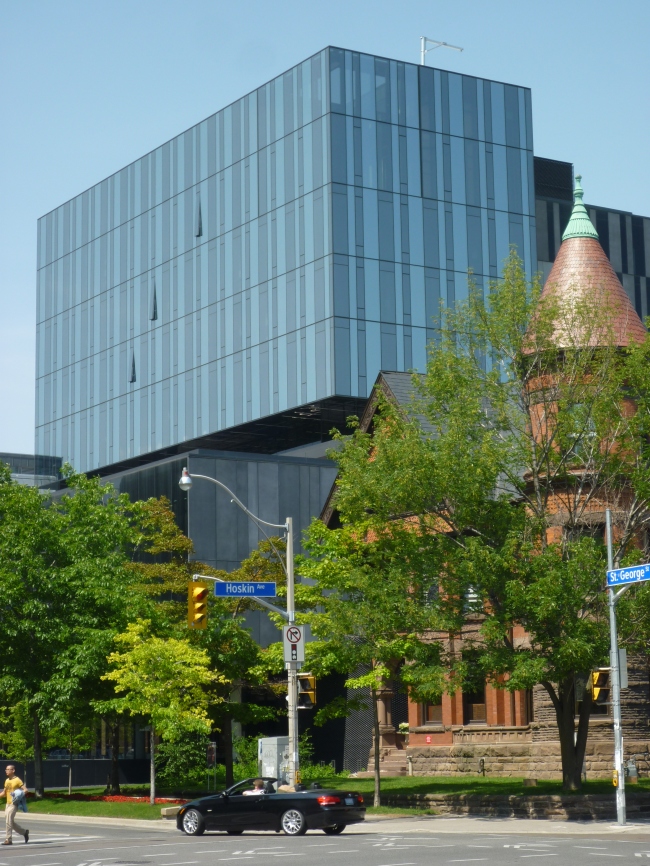 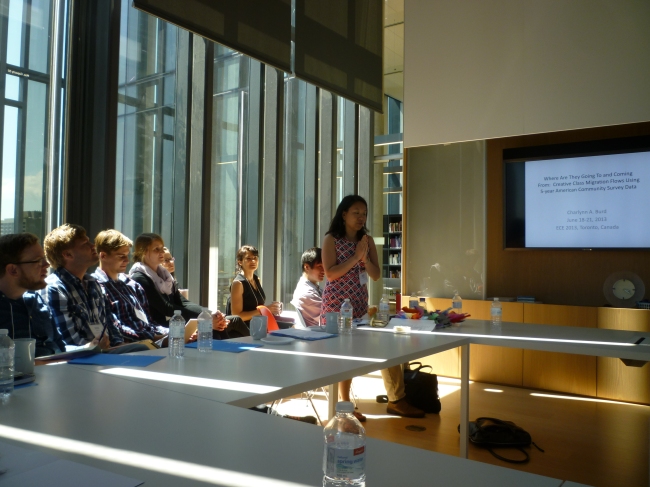 The last few weeks have been an exciting, stimulating and educational time for me as I have embarked on the early stages of my PhD journey, quite literally! 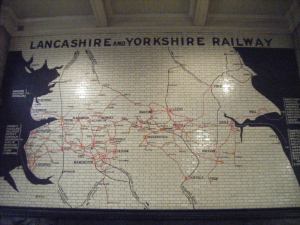 The first adventure was at the FutureEverything Summit in Manchester. Over two days of presentations in the rather impersonal Piccadilly 4 building, followed by an illuminated mass choreography down at Salford Quays, I experienced at close hand some pioneering work in the complementary fields of digital art, urbanism and technology. I even got to stand for several minutes in the dark inside the University of Salford’s own sound-proofed anechoic chamber in the Newton building, close to the SURF centre, listening to a processed audio installation, all part of the annual FutureEverything festival experience. 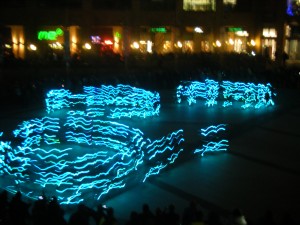 A theme running through many of the conference presentations was that of people re-appropriating frameworks and processes in order to ‘hack’ existing systems of urban living and develop smart and sustainable solutions to some of the problems created by cities. These interventions start with individuals using a combination of social media and public spaces to connect active citizens into responsive communities, where innovative and co-created practices can generate action. “In terms of organising and deciding” said Dan Hill in his keynote speech “the government now has competition”. Stirring stuff indeed.

The next day it was onwards to Birmingham, in search of more ideas and evidence to help inform the shape of my thesis, which currently looks at the role of universities as intermediaries in the festival economy. With visits to Bristol, Brighton and Bradford planned too, I was excited about having the opportunity to visit these great British cities and explore their civic architecture.

Last week in Brighton at the Beyond the Campus 2nd Workshop, Dr Paul Benneworth said “as social and spatial forms, buildings reflect their use”. He was talking specifically here about universities (with reference to Liverpool Hope University’s Cornerstone creative campus located in Everton) but it brought to my mind the words of walking urban historian Ben Waddington, who had revealed the psycho-geography of hidden architecture in Birmingham on his Invisible Architecture tour at the start of Flatpack film festival 3 weeks earlier.

Flatpack is an ambitious new festival in Birmingham that this year spanned 11 days in March. I went for the first weekend, my first event being the city walk. It was snowing heavily and freezing cold, but a crowd of 20 or so gathered at the Film Bug Hub, a vacant shop taken over by the festival team to house logistics in the Colmore Business District (one of the festival partners) to set out on the 90 minute tour.

Other partner venues I visited included Birmingham cathedral, in which I saw a screening of the silent Dreyer classic The Passion of Joan of Arc (1928) with piano score, a local café screening free short films in its basement and the recently restored Electric cinema by the station.

On Sunday I caught a bus over to the University of Birmingham’s Bramall Music Building to see the oldest surviving animated feature film The Adventures of Prince Achmed (1926) with live percussive accompaniment. 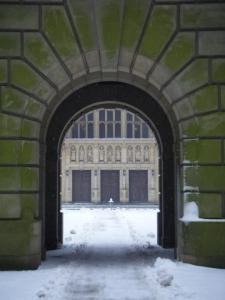 This last event was a collaboration with the university’s new Arts and Science Festival, a public programme of exhibitions, talks, performances, workshops and screenings organised by the Cultural Engagement team which, in the words of Ian Grosvenor, Deputy Pro-Vice-Chancellor for Cultural Engagement “celebrates the University’s identity and makes available the first class research generated by one of the UKs leading higher education institutions”.

Back to Leeds to catch up on some sleep, but literally the next day I was off again, to Paintworks in Bristol this time, to hear brief updates from the latest developments coming out of the major AHRC community based research projects across the country, including news from the four AHRC research hubs, one of which is ‘home’ to the FutureEverything festival director Drew Hemment. Literally hundreds of organisations are currently enrolled in AHRC-backed research projects, in areas ranging from heritage archives to niche food producers, fashion SMEs to animation film makers. I can send more information about individual projects to anyone who wants to know more, but what is really good is that there are some recurring themes and individuals in these early stages of evidence-gathering that will help as I establish my research questions for the next phase.

I’ll need a few days at home to really think about what these are going to be, but with the Bradford Film Festival underway this week, that’s not quite happened yet!

Just a quick update on the Project Continuity Day, hosted at GEES, University of Birmingham on 26 October 2012. We had a good turnout of researchers and project partners, with engaged debate circling around the slippery themes of cultural intermediation and theories of cultural production. A really helpful way of conceptualising intermediation as a ‘shared territory’ was proposed by Phil Jones with recourse to Bakhtin. This seems particularly appropriate given the range of disciplines, and diversity of stakeholders and communities who will be contributing to the project.

Along with updates on working papers by Lisa de Propis and Samuel Mwaura, Ian Grosvenor and Natasha McNab, and Dave O’ Brien, international scoping studies have been commissioned. Exciting cities that will be used to contextualise the UK-based research include Chicago, Budapest, Delhi and Guangzhou. Also present was Keri Facer who introduced her role as Leadership Fellow for the AHRC Connected Communities agenda. Keri will be helping to support coherence and synergies across the Connected Communities projects, and is keen to hear from researchers and partners on how best to do this. The next Project Continuity Day is scheduled for 27 March 2013.